Dilbert vs. Trump: Why False Facts Have Power

We’ve been having a lot of interesting weeks since the presidential election, making more than a few of us wish for simpler times. One of the most interesting things I’ve read of late is by Dilbert creator Scott Adams, who predicted the election outcome and tied it to Trump’s brilliant use of intentional false facts, which he used to dominate the news up to the election.

It is an interesting argument: Use false facts to engage the audience and drive home the bigger message. The implication is that fake facts — fake news, if you will — are potentially more powerful than the truth. This implies a very frightening future, when the truth no longer matters.

I’ll share some thoughts on that and close with my product of the week: the new Echo hub from Amazon.

How We Are So Easily Manipulated

The news cycle since President Trump was elected seems to have been a whirlwind of mistakes and errors. We seem to move from crisis to crisis, tweet to tweet. Much of what we see is tied to facts that are so obviously false that many of us are left scratching our heads.

However, what happens with these false facts is that they engage the various reporters and pundits who gleefully point out that the obviously fake information is fake. They seem to relish doing it, in the belief that this makes them seem much more intelligent than the president or his staff.

If it is all a con, though — in other words, intentionally done to control the news cycle — none of these folks are being smart at all. In fact, they’re all being tricked into doing exactly what they are doing.

What Scott Adams argues is that our need to feel superior drives us to focus on these false facts and ignore the very real information that surrounds them. Let’s take the wall between Mexico and the U.S.

It is a truly stupid idea, because much of the terrain doesn’t lend itself to a wall. Regardless of how high and deep the wall is, getting over or under it in remote areas would still be relatively trivial for folks who currently build massive tunnels under the existing walls. Arguing about the wall keeps Donald Trump in the news, though, and it implies that he is working on protecting the borders, and it confirms him as a major voice on the topic of illegal aliens.

If you look at the wall less as an actual wall and more as a mechanism to control dialog, you can see that it has been very successful and instrumental in getting him elected, regardless of the fact that it is a truly stupid idea.

Now just any false fact won’t accomplish this. In order to work it at least needs to seem like it could be a truth, because you need people who will argue the point to give you the media coverage and control you need.

That wouldn’t be enough to really fire people up, though, so perhaps arguing that a mini-ice age is coming would help. Given that both of those links go to coverage that at least looks credible, why aren’t we arguing about mini-ice ages now?

In part, it’s likely that other things, like a possible North Korean nuclear attack, have consumed our attention. It’s also likely due to the fact that you need someone who is charismatic to make the claim.

Coincidentally, a recent article speaks to the power of charisma, and how our behavior changes when we’re faced with a charismatic speaker or leader.

The article relates the experience of a researcher who viewed a talk in person by then President Obama and watched the audience basically turn into zombies (they mostly stopped showing emotion). Since most of the related research focused on leaders rather than followers, the researcher then went on to study the audience. He eventually coined the term “awestruck effect.” Personally, I like my term, “zombies,” better.

I personally test as unusually resilient to influence like this, but I can recall a presentation by Steve Jobs after which my entire group, including me, raved about his amazing pitch — only to realize it was all smoke and mirrors. There was no “there” there. Jobs was off the charts when it came to charisma, and that experience showcased that even I could be vulnerable to it.

I can’t speak for you, but I sure as hell don’t like being manipulated, and regardless of party affiliation or interest, this goes to the fact that we’re all being manipulated all of the time. Given the Russian influence over the last election, the folks doing it largely don’t have our best interests at heart.

Here are some steps you can take to resist fake news distractions:

First, you should realize that we all can be manipulated. You should start paying more attention to why things are happening and focus a bit less on the what. For instance, it is likely far more important to understand why the president claimed he was the only one who ever called Gold Star families, than to know that what he said was clearly false. Rather than falling for the distraction, you should start looking harder to see what it is covering up.

Second is to realize that one of the most successful ways to trick you is to tell you what you want to hear. If you suddenly find yourself saying “yes” a lot — even to yourself — learn to put up a red flag and check to see if you are being manipulated to do or say something you otherwise wouldn’t want to do or say.

It is becoming very clear that Russia used these techniques very effectively during the last election. (By the way, this is often how telemarketers trick you into signing up to buy stuff.)

Third, you don’t have to be right about everything. If it isn’t important, let it go. However, if false news is being used as a distraction, you might want to point out that part, rather than just the falsehood itself.

Finally, watch for charismatic behavior in the audience. If you are in a group that suddenly stops displaying emotion and is listening to a speaker in what appears to be a daze, maybe it is time to leave and cover the material a different way.

Wrapping Up: Fake News as Manipulation

While I was aware that fake news was part of a manipulation scheme, it wasn’t until I read the Scott Adams piece that I considered that it isn’t just the content but the methodology of its use that is important.

What is particularly scary is the level of manipulation going on today, from Russia in our elections to Isis and recruiting attackers, like the one in New York last week. We all likely should be undergoing regular training not only to prevent being manipulated ourselves, but also to help protect our kids or aging parents from being tricked and manipulated as well.

We aren’t — and I’m suggesting that we should start stepping up and resisting this manipulation more aggressively ourselves. Eventually, our lives may depend on a critical mass of us not being so easily fooled.

Yep, I know, we are pretty much screwed…

I’m one of the first Echo users, and I’ve been a fan since day one. The only thing I really would like the company to fix is to allow me to change the name “Alexa” to anything else I want — currently you can change it to “Echo,” “Computer” or “Amazon” — because the Echo in my office seems to want to interrupt my phone call with comments any time she hears “Alexa.” (The other choices wouldn’t be much, if any, better.)

The new Alexa Plus has three things going for it. It has better sound than the original Echo — not enough better to swap them out, but much better than the Dot or new cheaper Echo. It is reasonably priced, at around US$150, and it has a more advanced home automation hub. This last sounds better than it now is, because it is still limited, but setting up lights does seem to be easier — so think of this last as a work in progress. 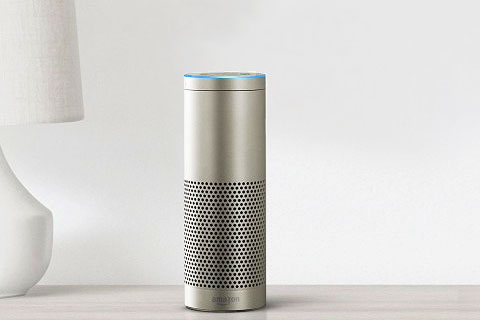 This creates an interesting line for Amazon. If you want to try out the Echo, the Echo Dot at $50 is a good entry point. If you want to give Echo as a gift, then the $100 version is good enough. If you want better sound and to start at the ground floor with home automation, then move up to the Echo Plus at $150. Finally, if you want to add video conferencing and movie watching, go for the Echo Show at $229.

Oh, and if you want video but want it for a gift, then you have the Echo Spot at $129. Finally, if you really want the best sound, then go to the Sonos One with Alexa for $199.

It is getting close to shopping time, and Amazon clearly wants to own your gift list if you are focused on music. The Echo Plus is a moderate update on the original Echo — not enough to force a replacement or upgrade, but enough to be competitive with what is coming from Apple, Google and Microsoft. When you are the market leader, that’s all you really need, and the Amazon Echo Plus is my product of the week.