Every year I look forward to CES being over. That’s not because it isn’t interesting — it is. It’s because the place is a nightmare to get around, thanks to some incredibly stupid decisions by Las Vegas that turn the city into a gridlocked mess during CES.

Coming right after the holidays, it is oddly timed, ensuring that it destroys more family vacations than any other event short of a long driving trip with very young children.

This show is not the show for smartphones. Mobile World Congress — which will take place in Barcelona, Spain, at the end of February — is the best show for new smartphones. Expect a massive number of 5G phones and designs showcasing that Apple no longer drives smartphone design. The new designs aren’t due until mid-year, but I think you’ll be surprised at how creative some of the phone companies will be — in particular some based in China.

As for CES, a lot of the most interesting products won’t be on the show floor this week, but will be shown under nondisclosure agreements to buyers, analysts and reporters at the event. This practice is because we are one or two quarters away from when they will be available in volume, and the vendors don’t want their competitors to know what is coming.

I’ll share my thoughts about CES, and close with one of the more interesting products coming out next year — a device that promises to help improve management of your energy level and sleep without drugs.

One of the most interesting sections at CES is the automotive section, and it should be outstanding. We’ve had flying cars and commercial vehicles for the last several years, but this is the turn of the decade, and companies are expected to push harder.

We should see not only some even more unusual flying vehicles, but also the latest designs from companies expecting to bring autonomous driving to the market. One area getting a lot of focus is turning the car into a mobile entertainment center, with massive changes in seat layouts.

There are plans to turn the auto cabin into a virtual reality experience, making it seem as though you are traveling on other planets, or during other time periods, or through alternative universes. Some of these demonstrations were pretty amazing last year. Expect them to be far more refined this year.

There are always one or two motor homes that have amenities you likely couldn’t afford to put into your actual home. A couple of years back, there was one with a built-in heliport and a helicopter to go with it. I’m expecting one with a drone bay this year.

The PC vendors use CES to showcase coming designs behind closed doors. If you are lucky enough to be invited into the secret showcases, expect to see advances in dual-screen notebook computers, interesting blends of smartphone and laptop features, and a whole bunch of 5G-connected notebooks.

While this show mostly focuses on consumer PCs, there should be some updates to corporate products as well, showcasing design and security enhancements that will begin to define PCs in the 2020s.

One of the areas seeing a lot of advancement is technology recycling, and the ability to use ocean plastics in designs, as this segment pivots to differentiate on sustainability efforts. Look for some real advances here as the tech segment works to become a leader in green innovations.

I expect Amazon will continue to showcase leadership in digital assistant development with an even greater number of third party accessories that make use of the Amazon Echo ecosystem.

We should see smarter set-top boxes from several vendors as they pivot to compete with Amazon, and demonstrations of advances to the artificial intelligence systems that increasingly drive these products, with a lot of this capability built into TVs directly.

We should be up to our armpits in digitial assistant-enabled products at the show, as the Amazon, Google and Apple products fight for dominance. I have a mental image of these things going to war in a Toy Story-like scenario when the lights at CES go out and the security guards fall asleep. Might make an interesting movie.

The Latest in Smart Devices

From activity monitors to smart glasses, there should be a wider range of wearable devices on display this year. Some of the more interesting will modify behavior and mood, like the Apollo product of the week I’ll highlight below.

I expect this segment to get a bit over the top this year, with a mix of products that range from those you might not be able to do without to products that should have been left on the drawing board.

One area getting a lot of focus is smart glasses and wearable displays. You may find, by year-end, that the best way to watch a movie on a plane is with a head-mounted display.

At CES we should see several displays designed to mount on the wall in place of static pictures, as well as paintings tied to services that update what they are showing in real time.

What’s Next in Smart TVs

We should begin to see lines of 8K TVs this year, though many of us are just getting comfortable with our 4K sets. Don’t get too excited yet as there is little 8K content, but these TVs should have impressive up-converters, which should allow the sets to shine despite the lack of native content.

As with all new technology, don’t expect it to be a cheap date. The 8K sets will have more to do with bragging rights than enjoyment until 8K native content shows up, and that won’t be for a bit.

Look for greater built-in support for new services like DC Universe and Disney+, along with enhancements to the voice interface and better integration with other appliances from the same brand in the home.

Advancements in Security and 5G Hubs

Expect to see a big upswing in connected security systems with smart cameras, smart doorbells and wireless sensors. Some of these should use 5G to connect directly to the cellphone network (WAN) and be a breeze to install as a result.

This small selection should be just a preview of what is likely to appear later in terms of direct-connect 5G devices with 5G smart Internet hubs (taking the place of your existing wired router) also arriving this year.

By the end of the decade, most personal devices likely will need the power to connect to the Internet and start working, simplifying the typical setup process significantly and resetting the ease-of-use bar.

Wrapping Up: Just the Tip of the Iceberg

This summary is just the tip of the iceberg of what will be showcased in public and behind closed doors at CES 2020. I’m expecting an amazing show, and I’m also expecting to have a nightmare getting around Las Vegas and wishing all week that I was home.

The big moves will be with wireless technology and AI, but realize these moves are just the beginning of a massive change. By the end of the decade we’ll likely look back at the dark years and wonder how we survived (assuming we do).

Apollo comes from a team of scientists concerned about the lack of sleep many people are getting, as well as the incredible stress many struggle with every day. It is the only device I’m aware of that has been validated clinically to improve heart rate variability, or HRV, which is the most effective way to improve how your body deals with stress. 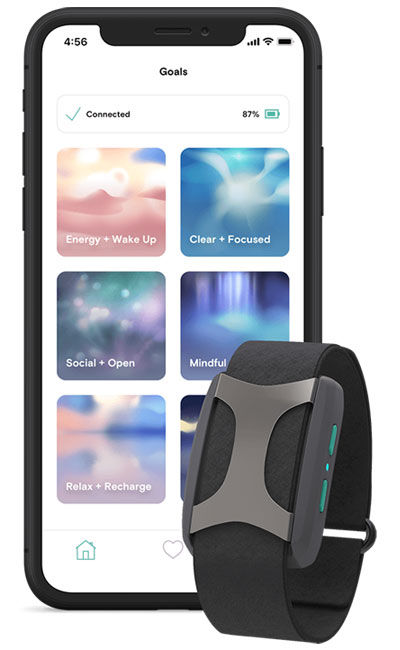 Other devices, like the Apple Watch, track HRV but do nothing to improve it. Initial tests involving 1,000 users reported that the majority (95 percent) reported enhanced productivity, focus, and improved sleep using the Apollo device.

I’ve been using it for several weeks, and it does seem to improve concentration, but since I fall asleep quickly anyway, I was unable to tell if it also improved sleep.

This product is delivered as a service that costs US$60 a year or $5 a month, which seems reasonable if it improves your focus, productivity and sleep quality.

The device isn’t the most attractive I’ve seen, but you can choose to wear it on your wrist or ankle. To use it, you load an app and then tell the app how you’d like to feel, and the Apollo starts to vibrate with a frequency designed to address the problem (energy, lack of attention span, sleeplessness) that you identified.

The device uses Velcro straps to attach to your wrist or ankle, and I got used to it very quickly. Being able to modify rather than report a problem with your mood is one of the big advancements I’m expecting in the 2020s. Apollo got here first, so it is my product of the week.

Rob Enderle has been an ECT News Network columnist since 2003. His areas of interest include AI, autonomous driving, drones, personal technology, emerging technology, regulation, litigation, M&E, and technology in politics. He has an MBA in human resources, marketing and computer science. He is also a certified management accountant. Enderle currently is president and principal analyst of the
Enderle Group, a consultancy that serves the technology industry. He formerly served as a senior research fellow at Giga Information Group and Forrester.
Email Rob.